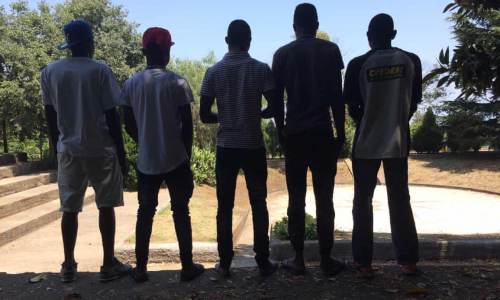 The new security law became active last week and now needs to enter into the books. As well as attacking the right to protection and throwing thousand of people into irregularity, people who have already initiated personal projects in Italy, it also dismantles the SPRAR network, the only part of the Italian reception system that, with all its limits, has represented a model of spread-out and sustainable support, far better than any emergency approach.

Dismantling this system can only serve the interests of annulling anything good that might be done and the government had decided to return to the dark ages of Italian reception with a form of reception that has given rise to court cases such as “Mafia Capitale” and the countless examples of bad reception that we have denounced for years.

The government’s action is as scientifically precise as it is malevolent, deliberately bulldozing over both the rights of asylum seekers and those who work in the sector, favouring only the mafia and speculators.

And, following the work that the previous government had begun to trap people in the Libyan hell-hole or block them in the desert, the sea is more an open-air cemetery than ever before, about which we do not know the real goings-on. What we do know is that over the month of September the mortality arrived at 20%, the same as a tomb that swallows up eight people every day.’

Not content with this studious extermination, designed at a table-top, the government has then passed over to those who have managed to arrive in Italy alive, an act that this government sees as a grave sin. They are as guilty as those who, like the mayor of Riace, Mimmo Lucano, believe in a world in which social justice ought be the basic value for action, without leaving anyone behind – and are willing to fight for this.

What is happening across the country shows a dramatic situation: many prefectures are currently closing the emergency hostels* in large numbers, but without following the criteria for good practice. In order to hide the migrants away they are keeping open those hostels further away from inhabited centres. The gradual emptying out of the centres is also being effected through orders of eviction for holders of humanitarian protection, given that their possibility of being transferred to SPRAR centres has been reduced to an absolute minimum. The Central Service for the SPRAR in Rome holds that only the placements authorised up to October 2th can be completed, that is up to the date that the new law became active. Some police stations (and some for some months now) have suspended the issuing of permits to stay for holders of humanitarian protection, awaiting new orders from above.

Those who have ended up in this labyrinth of the Italian non-reception system and then dare to ask for explanations risk being evicted or reported to the police, and finding their hostel manager saying “you’re nothing, you’re nobody, I’ll slam your face against the wall”, putting into action that which political propaganda based on hatred disseminates every day.

Even the 18 year olds who hold humanitarian protection in this period are not being transferred from the centres for minors, they too being destined to fill up the queues of the invisibles, manual labour to be exploited.

Nevertheless, despite the media silence, the arrivals continue at Lampedusa, where the Hotspot at Contrada Imbriacola has again being filled with just over a hundred people, some of them forced to sleep outside. The Pozzallo Hotspot is currently home to people who landed in July, awaiting their transfer to other countries, in conditions of severe psychological stress.

The Trapani Hotspot has officially been a detention centre (CPR*) since October 1st, meaning that the prefectures has suspended the existing contract awarded to Badia Grande, which in its turn had nevertheless won the bid when the complex was a detention centre (CIE*) prior to being converted into a hotspot. Two days ago the Tunisians detained there, given their impossibility to request international protection, rose up in a revolt that was then put down by the police, though a few managed to escape. Those who did not managed to flee were taken to the Falcone-Borsellino airport in Palermo to be deported.

Remaining in the province of Trapani, the grape harvest in Alcamo ended and the gym has been closed, while the olive harvest has just begun at Campobello and, sure enough, there are already a hundred people there, always more hidden away, ready to be exploited with an institutional blessing.

In order to resist this tendency, the only road available ia systematic denouncing, to remain informed, to be ready to push back against the Fascist propaganda so as to keep supporting those who are simply searching for LIFE and to save ourselves as well. We will not allow ourselves to dis-integrate.
Alberto Biondo Borderline Sicila