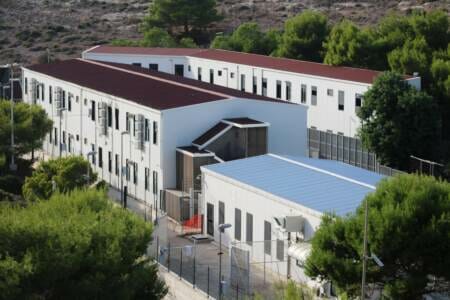 The coming into office of the new government under Draghi coincides with a series of events that bring to the fore – within a few days – legal steps aimed at criminalizing solidarity and support for migrants by NGOs and other organizations.

In Italy as in Europe, at sea and on land, every human gesture is attacked with all means, not least due to continuous fascist propaganda that poisons the public debate and that muddies the information and perspective of news in the general public.

All this happens right in front of our eyes, while the murder of people fleeing goes on in silence. After yet another shipwreck only a few days ago, the International Organization for Migration (IOM) declared: “Tragedies and preventable loss of human lives go on, while a politics of silence and inaction continues”.

The duty of remembering the criminalization campaign of NGOs, which has come back with a vengeance during the last couple of days, makes it necessary to highlight the seriousness of the latest resignation by the former minister Minniti from parliament. He will now head the Med-Or foundation, which was founded by Leonardo, a company producing armament.

Leonardo S.P.A. is a state enterprise that has recently been awarded a 7 million Euro contract by the Ministry of the Interior to produce a drone that is supposed to monitor the Mediterranean Sea with the goal of discouraging departures and supporting push backs. All of this means in practice that human traffickers and the so-called Libyan coast guard will be further supplied with orders and that people will die at sea.

With a ministerial decree issued on February 18, the sum of €375,000 was allocated for the year 2020 to the municipalities of Lampedusa and Linosa, Porto Empedocle, Pozzallo, Caltanissetta, Vizzini, Messina, Siculiana and Augusta. This money is supposed to help with containing the spread of Covid-19 and to guarantee the ordinary regulation of migration flows including their health.

From the information we gathered from people who have gone through the Lampedusa Hotspot, we know that the situation there is inhumane. People fight for a foam mattress in the cold because there are not spots left in the main building. Men, women, and children are accommodated in mixed dormitories and do not have access to support and legal advice. We were also told the heartbreaking story of two brothers, aged 9 and 11, that were separated from their pregnant mother, who was evacuated to give birth, and were left alone without any kind of supervision for at least eight days in a center with approximately 1,000 inhabitants. Only after their transfer to another facility they were able to get in contact with their mother again; another traumatic experience added onto the trauma of their journey.

Furthermore, most of the police officers working at the hotspot in Contrada Imbriacola has contracted Covid and had to be isolate on the island. Another team will be sent there shortly with obvious repercussions for the situation in Agrigento, which is already bad. It is a situation marked by disorganization and lack of understanding. The migrants pay the price for this, who, after being held in Covid centers and on quarantine ships, have to be transferred to other regions if they are lucky, as the risk of being left out on the streets without any explanation is constantly present, with transfers taking 12 hours or more without food or water for the journey.

The prefecture and the police headquarters in Agrigento, which are hit the hardest, don’t have enough staff to be able to cope with the workload and the few people working don’t have enough resources. In the light of these inadequacies and catastrophic situation, spending millions on military equipment appears even more shameful.

Life inside the centers becomes increasingly dramatic because no one cares about it any longer. No monitoring, no control. Due to this, a few companies take advantage of this situation and leave those accommodated to their own devices with the result that alcohol abuse and violence is a daily occurrence. We have to record another fistfight in a center in Sicily, which also hosts families and minors. One person was almost killed in it. Fights that result from the abandonment of people in the centers at the outskirts of our cities: no mediators, no information about administrative options, a nothingness that leads to despair and violence.

The pandemic has only exacerbated and brought to the limit a situation that has been makeshift for years. The lack of attention for these processes has contributed to this increasingly dire and dramatic landscape, while political maneuvering without any vision for the future has done the rest.

And today, the situation has deteriorated to the point where all remaining forms of dissent and opposition to increasingly inhumane measures infringing on the rights of humans, migrants and non-migrants, are in danger of being crushed.

New transfers from the Lampedusa CSPA -the Centre empties

Street brawls on Lampedusa as migrants fight over who can leave

Interview with Giusi Nicolini: “I, the mayor of Lampedusa, have buried 21 bodies in 6 months”