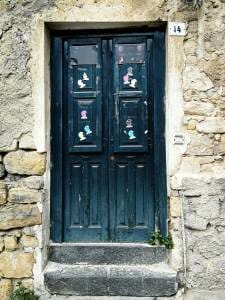 In Caltanissetta and its province, the dangerous effects of the security decree have begun to manifest themselves. The cases of racism are growing, and the police force’s arbitrary application of legislative measures has become apparent.

The situation of governmental centres

“Caltanissetta is a bourgeois and suspicious city that is losing everything, bit by bit” is one of the statements expressed by the operators of the migrants drop-in centre of Caltanissetta. The city has just come out of local elections which exacerbated local debate. However, in the electoral discussions the theme of migration was nearly omitted completely, neglecting a question that directly affects the commune’s interests, namely the management of the SPRAR, and other established institutional reception structures.

In the last few months the CAS* and reception centres for unaccompanied minors have been closed. Now the CARA* and the Pian del Lago CPR* remain active, the two structures most well known for their inadequacy and their serious violent incidents.

Notwithstanding the issue of the closure that weighs on the structures of reception for asylum seekers, the Caltanissetta CARA is still open and contains around 235 people (189 plus 46 CARA guests), accommodated in containers, mainly from Pakistan, Tunisia, Afghanistan, Gambia, Senegal, Nigeria and Somalia. The conditions are difficult, it was only a few weeks ago that many of the guests held a protest to denounce the terrible conditions that they are subjected to. Amongst the guests are many vulnerable people that require special attention and treatment.

The CPR continues to carry out its detention function, limiting the freedom of 72 people guilty of not having a residence permit, above all Moroccans and Tunisians, as well as Egyptians, Gambians, Senegalese and Nigerians. There are many that complain of psychological disorders, impatience, anxiety and depression. We are told that here “humanity continues to not exist”, in the sense that there is no respect for human rights. In recent weeks protests have not been registered, following an intense period in which demonstrations and riots were daily occurrences.

The same capital of Caltanissetta is marked by the presence of migrants, organised by specific ethnic communities. These constitute poles of attraction for other arrivals and are the base for the constructions of networks of support amongst various groups of migrants. The biggest community is that of the Nigerians and Somalians, who are visibly present. To these are added the Gambian, Afghan and Pakistan communities; followed by the Moroccans and Tunisians, who are historically rooted in the place. Often the activities of these communities constitute a local economic impulse, as in the case of the laundry and the kebab restaurant, frequented both by foreigners and locals.

In fact, all of this does not prove to be an emblematic product of integration. At the drop-in centre of Caltanissetta, they denounce a heavy atmosphere and a drastic growth of cases of daily racism in the area. Amongst these cases the discrimination of foreigners is tied to the search for rent: the result is that it is basically impossible for a migrant to find tenancy in Caltanissetta. This problem, although perhaps pre-existing, could now be said to be a structural practice. The only living solutions that migrants succeed in finding – when they find it – are locations in the historical centre, in precarious conditions which cost much more than average. This discrimination affects all migrants without distinction, including those with regular work contracts, references and qualifications.

Even the relationships with police forces reveal an arbitrary exercise in intolerance. In the last few weeks, reports of migrants stopped by police have emerged frequently in such a way that would appear spurious. Moreover, many Nigerian asylum seekers have complained of maltreatment and unprovoked detention by the law enforcement, without the possibility of speaking to a lawyer. These reports have not resulted in effective complaints because the same African communities are afraid of persecution and retaliation by police forces.

Norms and practices that produce irregularity

The xenophobic and punitive trend against migrants finds its force in the excessive power that authorities exercise with absolute discretion, both at an administrative and judicial level.

The drop-in centre of Caltanissetta is suggesting that the suspension of residence permits on the basis of justifications that do not fit the law, such as irrelevant or pending criminal records, is increasingly occurring. Often the lawyers at the drop-in centre challenged provisions that were then annulled at the tribunals. A small consolation, considering that in the meantime many of those directly affected lost work and fell back into the vortex of precarity from which they thought they had escaped.

Another significant reality that constitutes a great obstacle to migrants is tied to the denial of consular passports. The embassies of Guinea, Senegal and Nigeria do not release neither passports nor passes, frustrating the efforts of many migrants to obtain a visa for work.

According to the Caltanissetta drop-in centre, the legal practice is always more complex for migrants: the rejections of the territorial Commission, given the cancellation of humanitarian protection, constitute an incredibly high percentage as opposed to the acceptance of claims. To this is added two further barriers to overcome: the difficulties of civil registration for asylum seekers and the necessity of converting a humanitarian visa to another visa. To this regard, the drop-in has advanced a proposal to the police to open the road for a conversion of a humanitarian visa to a permission for the search for work through the possession of UNILAV, a formative internship with the labour office or financed by companies, for the duration of twelve months.

There is an ever-increasing presence of very young migrants, who arrived in Italy as unaccompanied minors, that are attempting to convert their humanitarian visas with great difficulty. Since they were received in reception centres they have often not had the possibility to either learn Italian or to insert themselves in a real process of social or labour integration.

In these difficult scenarios, migrants live in a state of anxiety caused by restrictive measures and the fear of uncertainty given to them by new conditions of precarity: they fear losing their slowly regained normality and of instead falling into the vortex of irregularity.