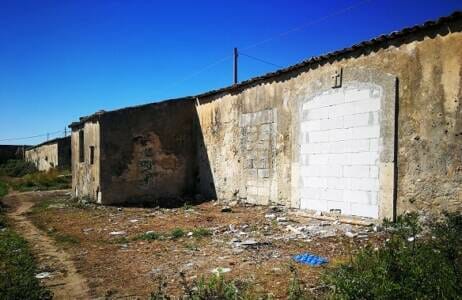 This March, as happens every year, the “Cassibile question” is revisited. Indeed, with potato season approaching and fewer workers than ever in the streets of this small city, the problems – old and new – are already here at the table.

This March, as happens every year, the “Cassibile question” is revisited. Indeed, with potato season approaching and fewer workers than ever in the streets of this small city, the problems – old and new – are already here at the table.

A year ago the issues were related to the unsafe health conditions inside the informal encampment that arises every year upon the abandoned land of the Marquis of Cassibile, at the town’s outskirts. This year, perhaps imagining it would resolve the problem, it was decided there would not be an encampment.

At the start of March, twenty or so workers who had already arrived at Cassibile and settled within three ruins along the road were forcefully evicted by police. Doors and windows have been boarded up. Mattresses, sleeping bags, and everything that was inside – including donations that had arrived from the parish of Maria Madre of the Church in Syracuse – were taken and dumped in a landfill. The land on which the encampment would have been constructed this month is now patrolled by local and provincial police. The question naturally emerges, where will the 300-400 workers who arrive annually for the potato harvest in Cassibile go?

Responses have been mixed. According to the municipality of Syracuse, the laborers will be able to go to the camp that the municipality itself is building, termed the “Village of Laborers”: 120 beds in containers and civil protection tents. The camp – nicknamed “little houses” – should open on the 1st of April and, in our various on-site inspections of Cassibile, we have seen the progress being made in its construction; but we have also been made aware of concerns pertaining to the connection of running water and, above all, to the camp’s management. The camp, thus, runs the risk of opening late in the season, or of not even opening at all. Either way, it won’t be in shape to accommodate all of the laborers arriving at Cassibile, so it is expected that a new informal encampment will be created near these “little houses.”

Unsurprisingly, some of the neighborhood inhabitants have already organized protests insisting that the laborers of Cassibile aren’t wanted there. The climate of hate may be coming from a small part of the people of Cassibile, but it nonetheless managed to reach the institutional offices and propelled the evacuation of the ruins of the Marquis.

The “little houses” are a result of the chronic and systemic emergency management of the housing crisis in Cassibile, a quick-fix that is a temporary plug rather than providing a resolution. The laborers who arrive this week expect to find an informal encampment as in every year, and the lack of a residential reference point will put them all at the front of a messy and problematic situation. In fact, the work they perform is anything but disorganized: every year, thousands of workers rotate between the fields of the south of Italy depending on the harvest season – first Campobello di Mazara, then Cassibile, from which they return to “the continent”: the plains of Gioia Tauro, Metaponto, Nardò.

And the organization of this movement relies largely on the informal settlements created in each of these places, which mirror the profound hypocrisy that is rife in the standards of immigration and the rules of the economic system that view migrant laborers as mere manpower to be exploited and not essential workers to be supported.

At Campobello di Mazara, where there is little work at the moment, tensions are rising among the most populous communities – Senegalese, Sudanese, and Gambian – and many would like to leave for Cassibile. But word is spreading that the situation in the Syracusan town is not good: there is still little work, and above all there is nowhere to stay. Without the camp, many workers have decided to skip Cassibile this year altogether and have gone directly to the peninsula. Those who chose to stay find only temporary or very costly options.

In Cassibile, if you are a foreigner, it is almost impossible to be able to rent a house. A few laborers with whom we spoke said that there are some “bosses”, as they are called, renting houses in the town where the workers then sleep. No one, however, was able to tell us whether the cost of rent was deducted from one’s salary or who was responsible to pay in case of damages to the house. Others, meanwhile, told us that some of their friends sleep directly on the land owned by the contractors.

Those who have still not found work are making do as best they can: some sleep in the grottos outside Cassibile; others lodge in a dormitory or are accommodated by Father Carlo D’Antoni of the Syracuse parish; still others sleep at the charity center Caritas of Syracuse. All of those staying in the city, however, are beginning to consider the possibility of finding work elsewhere, because the first bus of the morning leaving Syracuse for Cassibile doesn’t arrive until 7:00, too late to be chosen for field work. Those who have been able to find lodging along the road connecting Syracuse and Cassibile are better-positioned to work but pay rents of 300 euros a month for small apartments.

Lastly, some laborers have been able to find housing in Cassibile, in rooms they rent from other workers, mostly Moroccans, who have been living there for many years. The Moroccans, however, are not viewed favorably by the laborers: “Many of them are foremen,” they tell us. In the current situation, with the laborers dispersed throughout the Syracusan countryside, the foremen acquire a new central position in the structure of employment and work in Cassibile. Not only do they transport the work force to the potato fields, but they also provide a roof under which some workers stay. Institutional stress and the lack of planning increase their power in the countryside.

The result of this entire situation, which is very far from the official narrative of efficiency and humanitarianism that the municipality of Syracuse claims, is that the laborers live in uncertainty and precarity. Many of those we encountered are disheartened by the situation, receiving calls every day from friends or colleagues who want to know if it’s worth the struggle of coming to Cassibile, to which they don’t know how to respond. The daily reality pushes them to say that this season has started off badly and can only go on this way, and we have already come upon some of this mindset waiting in the depot of Syracuse for the bus to Calabria; but there are also those who know that somebody, sooner or later, will have to pick the potatoes, and that the contractors will start calling because without the laborers the entire economy of Syracuse would collapse. The laborers know they are this essential, but still they are left to deal with abandonment by politicians and employers this month.

The history and current events of Cassibile have been amply recounted in recent weeks by journalist Massimiliano Perna, who has harshly criticized those in positions to truly effect change. The institutions come to the table late every year with quick-fix solutions, and politicians lack a complete and long-term program that deals with how to guarantee rights to these workers who are so fundamental to the local economy. These shortcomings are not only attributable to the institutions, but also to groups in society, particularly the unions that are all too often absent in Cassibile. And the contractors, who opt for the intermediation of the foremen, contracts for 16-hour weeks compared to the 40 actually worked, rather than investing in a system for the recruitment of workers that guarantees them rights. At the close of this month, workers and advocates often look amongst themselves and ask: who knows if such a situation could have come about if the workers were Italian?

Translation to English by Olivia Taibi 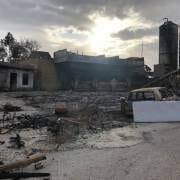 Campobello 2021. Structural emergency and death of a worker 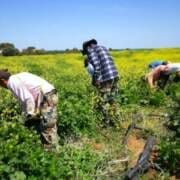 Cassibile, the spectacle of exploitation

The Shanty Town at Cassibile at the Point of Emergency: “Employers Should Guarantee Accomodation”