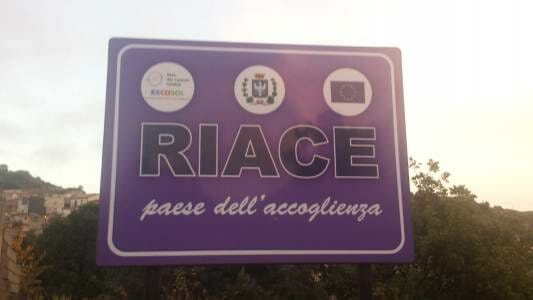 On Tuesday 2 October, Mimmo Lucano, three-times mayor of Riace, was arrested and put under house-arrest under the accusation of aiding and abetting illegal immigration and illegal provision of services.

Mimmo Lucano, however, is the same mayor who has become famous the world over for having created a reception system for migrants that is not only distinct for the excellent services provided to new arrivals but also for having managed to create a model for integration. Riace has created a model of integration that has managed to mix local and foreign traditions, such as the needle-work workshop in which the “punto antico” stitching technique is taught so that it can be taken up and reinterpreted by migrants, creating a micro-economy that, on the one hand integrates and allows migrants an economic independence, while on the other offering work to local youth in Riace, who thus find an alternative to the emigration that is depopulating all of Southern Italy.

In this sense, Mimmo Lucano’s arrest is none other than the latest piece in a large puzzle of the government’s dismantling of the hostel system* through the “Immigration and Security” law signed on October 4th by the President of the Republic. This has provided a further reason for the calling of a demonstration in Riace on October 6th, in solidarity the mayor, who cannot leave his house.

There was a vast number of people present: parties, associations, movements, local and national NGOs, unions (USB, COBAS) as well as many migrants who came to provide testimony on the functioning of the Riace model, and independent citizens, including a strong presence from families with children. The march wound through the streets of Riace, picked out by the waving of banners and the choruses of slogans, especially “You cannot stop Riace”, the name of the demonstration itself. Despite the rain that poured down on the demonstrators without stop, the march moved as one unit towards its objective: Mimmo Lucano’s house, in which he has been detained. From a high-ip window, the mayor greeted he crowd, thanking them with gestures for their participation and throwing out a closed and raised fist to the enthusiasm of those present.

After passing by Lucano’s house, the march moved towards the open air theatre, which has become a point of aggregation and a symbol of the integration to which Riace has given form. There were many, diverse interventions, sharing a denunciation of a judiciary that investigates a place where reception services not only function but have become a European model, leaving other bodies alone that have been flagged up for years by various local and national organisations.

The governmental interventions – including a large number of mayors, above all from Locride, with whom Mimmo Lucano has shared and created Riace’s reception system. The Naples local council was also present, including the budgetary aide, and the mayor of Cerveteri, who has decided to report himself to the case regarding the Riace mayor and the aiding of illegal immigration, in solidarity with Lucano.

Various migrants in the town took the floor, exemplary of the Riace model, who recounted their own stories in the Calabrian town with passion, and how the system has provided them with the conditions necessary to settle down and integrate themselves both in terms of work and language/culture. The EU parliamentary Eleonora Forenza was also present, victim of an attach by Casapound during the demonstration against Salvini in Bari on September 21st.

The most emotional moment was the reading of a text by Lucano that encapsulated in a few words the profound sense of humanity that continues to drive many people to fight for a better world.

The demonstration ended with the former partisans’ association* requesting a mass rendition of Bella Ciao. The guitars kicked off the rhythm and the stage was transformed into a concert hall, bringing everyone together with the word of the mos famous song of the Italian Resistance.

Someone asked from the stage whether this was not a point of arrival, but the beginning of something much larger than might provide hope for all of Italy.

Who knows whether Riace, that has managed to connect the migrant and local populations, might be the first step in a long journey of bringing together voices on the left within a movement that holds to solidarity and stays human.

A War Fought With Weapons Of Mass Distraction

Conversation on Migrants’ Issues in Sicily

An Initiative From Sicily: ‘Psychologists With Migrants”