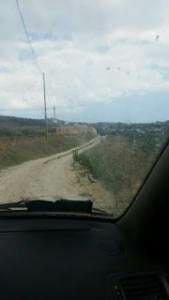 “The situation here in San Michele is simply unsustainable, you have to help us do something.” It’s the middle of July, and a city councillor in the small town of San Michele di Ganzaria, a few kilometres from Caltagirone, has contacted us in order to explain the conditions faced by a dozen minors who have recently been housed in a structure managed by the ‘San Francesco’ cooperative.

One month before, on June 23rd, the mayor gave a public announcement regarding the availability of 25 places for minors in the structure (following an order sent out by the police station in Trapani) declaring that the council administration had been informed that very day of the need to host migrants, and inviting the public to flag up “any situations of prejudice involving the guests or the local community.” The council had thus already established an uphill struggle for the young guests, one easily conceivable through the location chosen for the centre.

“Ever since the opening of the centre we have asked ourselves the managing body’s motivation for choosing this property: we’ve tried to understand why such a decision was authorised and decided to monitor the quality of services offered to the guys”, the councillor explains to us. The senselessness and danger of the choice became obvious a few days following the arrival of the first residents: many of the minors immediately ran away from the centre, as their remaining companions subsequently told us, while those who have remained walks the several kilometres of motorway which separates the complex from the towns of San Cono and San Michele.

“The guys stand in the road, trying to stop cars and hitch a life, seriously jeopardising their own safety” the councillor continues. “The San Michele city council has a few SPRAR* projects, and there’s never been any intolerance towards the migrants housed there. But what’s new is that the new residents at the centre for minors spill out onto the road: the locals don’t feel safe, they say they feel ambushed and harassed by the young migrants.”

These are fears which can also be found in the recent reports provided by locals to journalists, and show the importance of constant and widespread work across the area. “We’ve sent a petition to the mayor requesting safety for both the citizens and the centre’s residents, as well as further information on the appropriateness of the structure and employed staff, in relation to current regulations.” The petition, dated July 12th, also asks for “greater security and checks along the city streets, with the inclusion of the forces of law and order; immediate intervention of the bodies for the protection and safeguarding of centre’s guests’ security; and for immediate communication to the managing body of the need to equip itself with specialised staff and means of transport, including the monitoring of the whereabouts of those who use the centre.”
Any possibility of interacting with the migrants has been absent, as has
facilitating their involvement in the local community, ignoring the
clear necessity of working with the local population on a cultural level
so as to encourage a harmonious interaction with the new arrivals for
the common good. Faced with these challenges, the first reaction has
instead been a
concerned appeal to the forces of law and order, running fast on the
heels of an “emergency” security situation, a reaction which we know all
too well not only maintains an atmosphere of unease, but frequently
increases it.

The councillor reaffirms his availability to meet us and his intention to manage the situation calmly and to renew the dialogue between the local residents and the council administration; for our own part, we flagged up the situation to Save the Children immediately, who have promised to send workers to the location, and we decided to visit the structure.

We arrive at the centre in the late afternoon on Monday 8th August. Only later would we discover that moments earlier there had been a protest by some of the residents relating to the lack of the distribution of pocket money, concluding in four of them being arrested for attempted kidnapping, of whom one was injured and recovering in hospital.

The structure is located several kilometres from the towns of San Michele and San Cono, which themselves contain only a few thousand inhabitants during the summer months. Furthermore, it is up on a hill, reachable only via a dirt track which branches off one of the motorway’s many curves.

Some of the young men in the centre immediately pointed us to the room where we met a dozen of the workers and the manager, who said it was impossible to give us any attention, and invited us to contact them in the following days so as to weigh up the possibility of meeting us and for us to visit the structure. The lack of available time was justified by the urgency of the meeting underway, forcing us to retrace our steps, but while walking away we noticed some of the guys sitting around in the space outside which looks down on the valley. We were looking at a dozen young men, almost entirely still, stuck in their position opposite a wall, their faces switched off, without smiles, looking all around with their eyes with great focus. Near to them was a mediator, waiting to speak with the workers, who told us immediately about the fight which had just taken place, and remained with us for the whole time we spent with the young men.

There is a deafening tension in the air, but nevertheless some of the guests greet us and we reciprocate, introducing ourselves. There are 15 migrants in the centre currently, originally from Egypt, Gambia, Mali, Senegal, Nigeria and two from Eritrea, of whom one has scabies. They have been in San Michele either for a month or a few days, some have legal guardians, others not – but they tell us that they do not really understand their situation with respect to their documents. “We’re doing an Italian course and if we’re sick they treat us, they take us to hospital.”

One young man with a foot in bandages says that he was wounded by a firearm in Libya: disembarked at Augusta, he was taken immediately to hospital and afterwards to the port’s tent-city, where he remained for several days before being transferred here. “I can’t move very far, so I’m always stuck here, but they’re treating me in the hospital” he tells us. Everyone says that they have been photo-identified, and some where brought here after being disembarked at Catania or Pozzallo: “I spent a month inside the centre at Pozzallo, but I don’t want to talk about it” one of the minors confided in us.

Some have contact with workers from Save the Children, but in general they seem to know very little about their legal situation, and it is not the focus of the discussion anyway. “There are 2, 3 or 4 people in each room. The house is fairly new, there are workers and mediators and a teacher. But we haven’t received any pocket money, nor a telephone card – these are big problems for us.”

Even the distribution of clothes seems quite informal: “I haven’t even had a single change of clothes in ten days, others did have one and some haven’t.” “Lots of guys who’ve arrived here have left by themselves, we don’t know where to; we’re very far away from everything, to go to the town we have to walk for hours, but we do it anyway because it’s the only way. We’re in the middle of nowhere.” These are claims which clearly denounce the indifference of those managing the “welcoming” of these migrants as far as it concerns their ability to construct a social network, their daily well-being and a job for their independent future in Italy. An indifference towards allowing them to live and not only survive, without forgetting that we are speaking about young people who are only 16, 17 or even 15 years old. For those who have risked their lives for their freedom and now find themselves confined for months in a Hotspot, a tent-city or a structure like this without any reason, there is a huge sense of intolerance and frustration, even while they are almost forced to be thankful for having received these placements.

Some of the young Egyptians tell us that they go to San Cono in the evenings, mostly at the weekend. Last Saturday came the news – reported by both local and national media – of the acts of aggression to which 4 minors from the centre were subjected by some young residents from San Cono: one of the young harassed men is currently in an extremely critical condition in the Garibaldi Hospital in Catania, following emergency brain surgery. This is an act of unprecedented violence which has left us speechless, but has not removed the determination to burst once and for all the hypocrisy of all the speeches and announcements surrounding this centre for minors until now.

Faced with a disproportionate and daily violence, one which does not fall under the media’s spotlights; faced with isolation and abandonment, with the difficulty of establishing any reciprocal dialogue and meeting between the local residents and the new arrivals, it is useless to think about new checks and closures so as to avoid another incident. What is necessary, rather, is the constant, daily labour leading to social inclusion, legality and the respect of human rights and responsibilities.

The Straight Back of Grace

Libya: This Is What’s Happening In Migrant Detention Centres