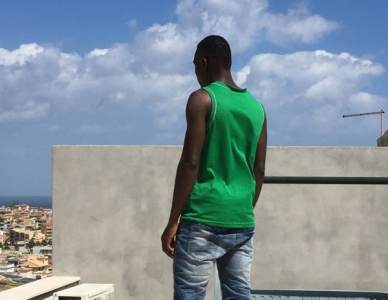 The Italian reception system allows “chance” to decide the fate of thousands of fleeing people which arrived to our country. The denunciation comes from the new report ‘Italy’s reception lottery’. 8 migrants out of 10 are received in “emergency” in 7.000 extraordinary reception centres, which often do not offer the adequate services for integration. Oxfam Italy has requested a radical reform from the Italian government to ensure rights and equality of treatment, outside of the emergency management of the migration flows.

The shortcomings of the reception system in Italy

The report ‘Italy’s reception lottery’ highlights all the elements of weakness and irrationality of the Italian system, where migration flows are still managed as an emergency. The fate of thousands of people in disastrous psychological and physical conditions is decided in an arbitrary way, for example:

• Asylum seekers that arrive to our country are victims of arbitrary processes of identification, of inefficient bureaucracy that allocates them randomly in one centre or another, in one city or another, simply based on the temporary availability of beds.

• It does not take into account everyone’s personal stories: they might end up in centres where thousands of people are crammed as much as in structures where a civilized inclusion in integration programs is provided and one is introduced to the job market.

• There remains a high risk for the separation of families, for the de facto denial of the right to request asylum, or that, in the grapple of infinite emergency, impossible living conditions, social tensions and very long waiting periods are caused.

The numbers of the “emergency”

3 asylum seekers for every 1.000 inhabitants are received in Italy. This number does not justify the ‘invasion’ threats summoned at every disembarkation, especially when we consider that the ratio in Germany is 8 out of 1.000.

Nevertheless, in our country these disembarkation is managed as “emergencies”, which multiplies the extraordinary reception centres (CAS*), to the detriment of the ordinary system represented by the SPRAR*, with by now a completely random custody of the asylum seekers to the one center or to the other.

In March of this year the people that have arrived by sea or by land in our country, and successively inserted in the reception system, were 174.356. This number that represents 3.5% of the foreign population in Italy and 0.29% of the entire population.

However, 136.477 migrants (78% of the total) live in the 7000 CAS*, which are big hotels, former barracks, apartments, often isolated places scattered all over in Italy with strongly uneven levels of reception quality; 13.302 in CARA* and 895 spots in hotspot centres.

Only 23.682 people instead are entrusted to the SPRAR*, that fall outside the emergency aspect and provide, in coordination with local authorities, an integration process with Italian classes, school insertion, vocational training, and work orientation.

Our country in fact is among the EU countries that least recognize rights to the different types of protection or permits offered for asylum seekers on humanitarian grounds.

The lottery of the asylum request

Not all places in which to request asylum are the same: applicants for asylum in Italy that are transferred to Caltanissetta, for example, obtain a positive decision in 64% of the cases whereas those who end up in Siracusa only get 35% of positive answers.

These inefficiencies and disparities are also reflected on the time needed to receive an answer on the asylum request. It can be as long as almost 8 months on average between the formalisation of the request and the audition date at the Territorial Commission for the Recognition of International Protection. Only in 12,7% of the cases the interview takes place within 3 months. The result is that the integration process slows down scarily, especially if the asylum seekers are basically “abandoned” to themselves, as in some cases.

The testimony of Moses

“Once we got there to the CARA* in Mineo they took us all together in an enormous room, forcing us to sleep in two on a mattress thrown on the floor. Even eating was a fight, if at meal times you didn’t run, you couldn’t find anything.” Thus Moses Stevens, a humanitarian operator in Sierra Leone, was forced to escape, as a result of the threats experienced after denouncing the horror of genital mutilation in his country. The long journey across Guinea, Burkina Faso, Mali, Niger brought him to Libya where he stayed trapped for four months for no reason. Once disembarked in Italy he experienced all three models of the reception system: the CARA* of Mineo; a CAS* in Tuscany; and finally a SPRAR in Pergine Valdarno (in the Arezzo Province) within the scope of an Oxfam Italia project.

What we ask of the Italian Government

The Right of Asylum becomes a Utopia