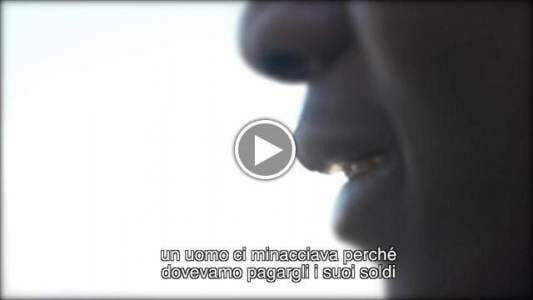 Repubblica.it – Long months of violence, detained in a condition of slavery without any contact with international bodies, right up till the departure for Italian shores: this is the shared narrative of three Africans who arrived in Italy before the Summer. All three are now being supported by the OpenEurope project jointly run by Oxfam, Borderline Sicilia and the Waldesian Deaconry.

One of the interviewees speaks of the totally arbitrary treatment suffered by Black migrants in Libya. “They used to put us in the water and film us to send the video to the EU [note: it is likely that the interviewee confuses the EU with the UNHCR or another organisation] to make them think we were rescued at sea. They used to threaten us that if we spoke about it to the EU, they would kill us, and that’s what happened to a Sudanese man, they beat him to death because he dared to speak out.”

The video by Fabio Butera and Filippo Marranconi