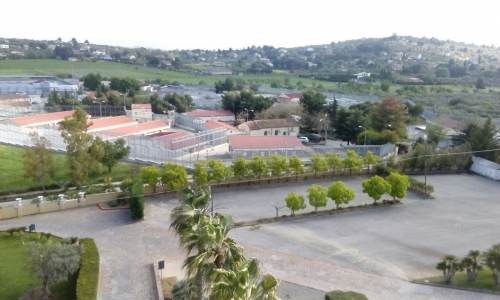 The member states of Europe are spearheading a campaign to criminalise the NGOs saving lives at sea. The reason is that these organisations do not share the political line of a European community which manufactures massacres year after year, one which has turned the Mediterranean into an unprecedented mass grave. And more than this, the NGOs are not connected financially to European orders, given that many would not touch Europe’s dirty money with a barge pole.

The NGOs only mission is rescuing human lives and critically reporting what happens at sea, a sea which continues to spit out the lifeless bodies of the shipwrecks no one wants to talk about. The NGO workers are recovering bodies and becoming uncomfortable witnesses to these daily massacres carried out by a West which has decided to kill men, women and children without mercy, so that a ruthless and hungry elite can continue to get rich.

This complete lack of humanity renders us all complicit in this endless slaughter. The only voices raising themselves above the din are those which are immediately forced to shut up and criminalised, thanks to a corrupt and complacent media.

The only aim for this system is to keep us ignorant about the dead, the new slaves, the violence, the smart bombs “Made in the West” which are killing helpless people every day.

And thus those who push to investigate and narrate the truth are deprived of their liberty, such as occurred with Gabriele Del Grande, who wanted to recount how so many Syrians are living in a situation of slavery in Turkey, thanks to the criminal deal which Europe launched with the Turkish despot Erdogan. This is the same kind of deal which Italy is continuing to negotiate with Libya, and wants to implement with other African countries.

In a context such as this, the most vulnerable become the scapegoats for society’s ills, such as ‘S’, a young Moroccan man who has lived in Palermo for a long time and yet has now become famous for the action of a government which is strong on the weak and weak with the strong. ‘S’ is a young man with a psychological illness, and in need of care. A university student and a volunteer with several organisations, over the years he has built strong bonds in Palermo. A few weeks ago he took centre stage in an episode reported widely in the media, with an attention that even the dead ‘fished out’ from the sea have not had for a long time. The government’s response has been to imprison ‘S’ in the detention centre at Caltanissetta (formerly CIE, and now CPR), while he awaits deportation – an act currently stalled by the intervention of many friends and activists who are making known the shameful activity of a state so criminal that it is prepared to deport a young man with a documented and certified illness.

This is the situation in which the Minniti-Orlando law has been created, a law which send us back many years into a dark chapter in our country’s history.

The words “human being” have disappeared from our vocabulary, and replaced with statistics, with cold numbers which have transformed people into an amorphous mass with neither names nor faces, so that actions can be carried out without feeling the burden of the decisions which are being made every day. Thus no one is killed, but numbers are simply wiped off the blackboard!

Leaving people to die at sea is not only a choice, but a necessary condition for money making and financing the lobby groups playing with people’s lives, with Europe’s backing. You do not need to look any further than the rocketing costs of transforming the continent into an impenetrable fortress, with banks and big business first in line to profit from the continuing security measures. For example, Frontex has gone from a budget of €6.2m/year to more than €300m. And that isn’t to mention the less famous EMSA (the body which secures the sea) or the many other projects which Europe has funded to utilise drone surveillance, many of which are manufactured by the Italian owned compay ‘Leonardo’ (formerly ‘Finmeccanica’). The research into European security, which involves the same lobby groups as always, has increased their revenue from €6.5m to €1.7bn.

It is easy to understand how these cold numbers might give rise to speaking all too easily about an epoch of invasion by sea. Leaving 1,100 people in the Hotspot at Lampedusa (700 people more than the maximum capacity) becomes normal for people who are not worth more than cargo goods, people who can be instead moved freely. Leaving 600 people to wait 5 hours on a merchant navy vessel while the cruise passengers disembark at Palermo becomes normal, because the tourists pay and therefore take priority over the dangerous invaders.

It becomes normal to park people for 5 years in some provincial emergency hostel (CAS*) while they wait for an outcome of their request for asylum. It seems unbelievable, but 5 years is the time someone appealing their case might pass stuck in an emergency centre, thanks to a blind politics. Many of the managing bodies in Sicily are critically reporting the presence of migrants who arrived in 2013 whose cases have been adjourned by the courts till 2018. Five years stolen by a political error, by the desire to leave matters unplanned and abandon the poor – so useful to our society – to the limbo of exploitation.

It has become normal to keep a large number of minors for more than a year in centres of initial reception, with the consequence that many turn 18 and remain stuck in structures for minors without having made bureaucratic steps, or in some cases are simply shown the door by the managing body because they do not receive any funding for young adults, who therefore become merely a burden. It has become normal to exploit so many Nigerian women on the streets, and after everything has been taken away from them – including their souls – to take them to the detention centre in Ponte Galeria (Rome) to be deported with an indelible mark upon their lives. Victims of trafficking, of violence, of a lost humanity which no longer has any values to speak of.

People have always migrated, but never before has there been a historical period in which this activity has been so dominated by ruthless business, a business in which making money is the only command which cannot be denied, and in which death (of others) is simply a foreseen collateral effect, part and parcel of the rules which govern the system. NGOs, activists, people who refuse the politics of death will always oppose this status quo by any means necessary, because life is too important. Defending it is an inalienable right which each of us feels inside. That is why we raise our voices for Gabriele’s freedom, for the many migrants who we meet on the street, for the many desperate people who are asking for help – and we will continue in the same way tirelessly to do so for ‘S’, because we want him to be be free once again.