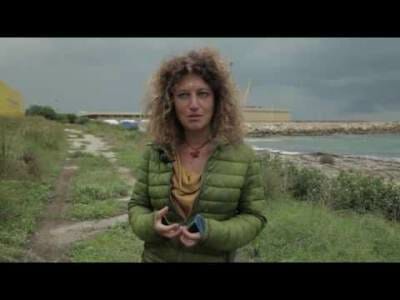 The war in Syria and the birth of ISIS narrated through the epic stories of common people weaving together geopolitics and storytelling.

MY SON WILL BETRAY ME

The first time I heard these words was from a Syrian partisan in Aleppo. It was a night in September three years ago. Barricaded in a cellar in Ashrafiyya during a bombing, we were killing time with a good bottle of araq, while outside, an increasingly senseless war was raging. Together we shared much more than just risking our lives. We shared the dream for the revolution and for the end of the regime. A dream that was turning into a nightmare.

“It’s easy to judge from the outside. It’s easy to escape abroad and say that we should’ve continued with the protests. They killed thousands of people in the protests and just as many in the prisons! What else should we have done? Let ourselves get killed? Face the tanks with roses in our hands? Go tell the ones who lost their children under the bombs! The ones who were tortured for months! The ones who lost their dearest friends! To take up arms was the only right thing to do. For all the good it has done to us…”

That evening the partisan had not gone to the frontline. Nor would he have gone the next day. He had enough of Afash’s thieves and of their robberies in the name of the revolution. He was sick of Hayyani’s bombing on civilians in the loyalist neighborhoods, because anyway they were just bloody Kurds, Christians or Alawits. And he had enough of the salafis and jihadists who were ruling in the freed zones and who had turned the Syrian revolution into an Islamic revolution subservient to the agenda of Turkish, Qatari and Saudi secret services.

“When I took up arms against Asad I knew I was facing death. But I always thought I would die happy, that I would die fighting for freedom, that my life’s sacrifice would have helped to give my son a better future.”

On the word son he went to pieces. Even biting his lower lip was useless. His eyes were already full of tears. With an irritated gesture he threw the gun on the table and started sobbing after covering his face with his bare hands. Then, after a heavy sigh, he looked at me, with sincerity and said: “The truth is, Gabriele, that I will die in vain. Because my son will betray me! He will weep alone over my grave and in order to take revenge for my death and for the deaths of half a million people in this dirty war, he will come and spread death in Europe. And when he blows himself up in an airport killing your children, you won’t be able to blame him because you remained indifferent for years while here they were massacring us”.

I would have liked to say something, to make some distinctions…instead nothing. I guzzled down the glass and remained thoughtful and silent. In his tears I read the defeat of an entire population. And I realized that, that defeat would soon become my own, our own. It was just a matter of time. Because everything is interlinked in this small sea.

For the crowdfunding we have 60 days at our disposal. After that I will set off for a one year research. Six months travelling (Turkey, Lebanon, Syria, Iraq, Tunisia and Lybia) and six months writing. The book should be in the bookshops by the end of next autumn. In the meantime I will publish through the social networks the diaries of my travels and some excerpts from the most interesting stories.

There already are some editors interested in the project. Once all the material is consolidated, it will be a matter of choosing the best offer in terms of distribution and translations abroad. Because, as it happened with “On the bride’s side”, the biggest challenge is to get out of the niche and present to the public at large an independent and somewhat subversive story, produced entirely through crowdfunding.

Since I do not need interpreters and I often work without fixer, I have estimated a cost of €1.800 per trip for 6 assignments of 15 days each. With regard to the research and the writing instead, I have estimated a grant of the duration of one year of €1.400 on a monthly basis (which, including taxes, means €2.250).

In total, grant and travels will cost €38.000. In order for the project to begin, I need an advance through crowdfunding of at least 50% of the budget, that is €19.000. Otherwise it is a non-starter.

If, however, as I believe, we will manage to cover 100% of the costs, I commit myself to give 10% of all your donations to humanitarian projects in Syria and to keep you updated on how the funds will be used.

Lastly, if we exceed the target of €38.000, after we recover the costs related to the commissions for Produzioni Dal Basso (5%) and PayPal (3%) and the costs for the production and the shipping of the prizes (15%), each euro more will be invested in translations and distribution of the book abroad.