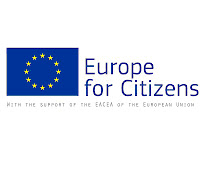 Description: Respecting human
rights and fundamental dignity and freedom represents the supreme guarantee of
our safety and should also be guaranteed to those who come under the directive
of returning illegally staying
third-country nationals 2008/115/EC. According to the European
Commission, this directive “must fully take into consideration the human
rights and the fundamental freedom of the people to whom it is
applied”.

Given the catastrophic conditions in
which Detention Centres in Italy,
Malta and Spain are
financed, and considering that the general public’s conscience is largely
fragmentary, the project’s main objective is to provide information on
Detention Centres and to clarify the situation within them. Furthermore, as
there is a state of urgency, it is not possible to wait for the outcome of the
obligatory report of the European Commission (expiry date 24.12.2013). Seminars
and round tables will be held to discuss “how” and “if” the
directive of repatriation can be transposed into a national directive and
consequently applied to detainees in Detention Centres.

Particular attention will be dedicated to how norms
are respected in the case of incarceration and arrests, for example -the
necessity of regulating this area. Article 16 of the directive states that the
arrest of irregular immigrants for the purpose of deporting them should be
limited and applied only when other measures have been unsuccessful. It states,
therefore, that it is necessary to evaluate if a measure is compatible,
necessary and suitable to the situation (the principle of proportionality).
More lenient measures, when they occur, should be given priority. The project’s
main objective is the sensitisation of the general public and the political
class to this area. Seminars and round tables, which will take place in Germany, Malta,
Italy and Spain, will be
designed to give rise to debate and incite action. In addition, a study will
also be carried out, the results of which will be aimed at the general public,
the European Commission, the European Parliamentary Council, as well as
parliaments on a national level. The findings of the study will be presented
during a transnational conference in Berlin
in September 2013.