from Ragusanews. Pozzallo – Fourteen Tunisians were arrested by the police for provoking disorder within the Pozzallo reception centre. They had all arrived on Lampedusa between the 16th and 18th August and then been transferred to Pozzallo. With the fear of being repatriated, migrants carried out an attempted escape which left the accommodation in a state of devastation. Migrants climbed on to the roof and threw objects at the police. Two officers suffered serious bruising.

The violent behaviour of the residents broke out following a failed escape attempt which was stopped by the police and the military. A member of the carabinieri and a police officer were both injured and the building was damaged: the video surveillance system was destroyed; some of the rooms were flooded by fire extinguishers; and, wardrobes containing the uniforms of the Civil Protection were also damaged along with police computers and office equipment. 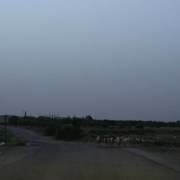 Interview with Damiano Sferlazzo, deputy mayor of Lampedusa and Linosa

“La via del ritorno”. Human rights violations on the migratory route between Tunisia and Italy

Salinagrande, the Centre’s migrants bear the signs of beatings