The externalization of the border and the new hygienic-sanitary frontiers introduced during the pandemic have created a paradoxical situation in which people arriving on the island remain blocked, with no possibility of reception or, more generally, of movement.

We met two groups, each of four Senegalese boys who arrived in Italy in December. The first group arrived in Lampedusa at the beginning of the month, the other in Syracuse, aboard the Geo Barents, at the end of the month. All eight youngsters experienced persecution, violence and exploitation both in their country of origin and in Libya, despite their very young age, one of them being a minor.

There are at least two critical issues in question: firstly, there is a serious violation of the right of asylum, given that – at the time of disembarking from the quarantine ship – the youngsters were not given the opportunity to apply for protection, but on the contrary, they were served with a deferred refoulement decree ordering them to leave Italy within seven days. Their stories reveal the total absence of legal information on board the quarantine ships and the lack of understanding of what happened when they disembarked and received the notification of the expulsion orders.

The motivation could lie in the fact that as Senegalese, and therefore coming from a “safe third country”, they are automatically (and illegitimately) considered as not entitled to obtain international protection and therefore they are not even informed about this possibility – the latter is also common with other nationalities. Secondly, there was no assessment procedure on the conditions of vulnerability, including the minor’s age. Regarding the procedures for identifying and reporting the particular needs linked to vulnerability, in fact, we are told by an internal source that the Red Cross has received the indication not to carry out the assessment of the minors age anymore on quarantine ships. This, in fact legitimizes the presence of minors and situations of fragility within the said ships.

Furthermore, the lack of access to the application for protection implies the impossibility of accessing a reception center, and imposes the obligation to leave the country independently within 7 days. But how can one leave Italy (from Rome, by plane) without being vaccinated, now that the super green pass is mandatory for buses and ferries?

This is the short circuit that the health border creates: the right of migrants to move is suppressed. In actuality, the pretexted health concerns – being presented as the only solution to control infections – push people into irregularity, thus without the possibility of accessing the health system. Therefore, in fact, the sanitary measure creates even more insecurity.

The other critical issue therefore concerns the type of measures taken to prevent and contain the spread of Covid. The Senegalese rescued and brought to Lampedusa were vaccinated in the hotspot of the island as soon as they arrived. However, in this situation, it is difficult to assess the real desire to be vaccinated and the existence of any previous pathologies. Additionally, and to further the arbitrariness of the situation: why did those who landed in Lampedusa were vaccinated, while those who arrived in Syracuse on the Geo Barents did not receive any dose, and therefore have no possibility to move, if not in an “illegal way”?

All eight boys arrived by their own means from Augusta to Catania, where we met and supported them in collaboration with other associations and with the Senegalese community. Efforts were made in order for them to be able to appeal against the refoulement decree and, finally, to apply for protection, as they expressly stated this intention, as well as that of remaining in Italy.

But the problems don’t stop there. As off today, to enter a reception center (without coming directly from a landing), a mandatory quarantine of at least 10 days is required (which for vaccinated people should be reduced to 5 days) with no regards to the fact that all these people have already completed the period of ship quarantine. Had they been allowed to apply for international protection at the time of disembarkation, as they should have, there would have been no problems of insertion into the national reception system. Instead, having been rejected illegitimately, the youngsters need a second quarantine period, in an unspecified and above all very difficult place to find within the reception system.

For several days the Prefecture of Catania was unable to find a place where it was possible to do this quarantine due to the shortage of this type of structures. Additionally, in the province of Syracuse only, there are at least a dozen people left in the middle of the road with a refusal of entry (with emergency measures set up by the municipality) and without the possibility of moving “legally” nor getting institutional housing support.

In this sense, the possibility of receiving housing, logistical and legal support is entirely based on the luck of encountering solidarity networks, which deal with institutional inconsistencies, lacking and paralysis. In fact, we know that rejected people are much more numerous than those we have come into contact with, and this means that most likely they have already dispersed into the mesh of invisibility and exploitation, with the aggravating circumstance of an ongoing pandemic.

Beyond the latter, we are faced with the same illegitimate practices that have continued to be perpetrated for years and that we have continued (and will continue) to denounce for years.

Translated from Italian by Anna Doumbia 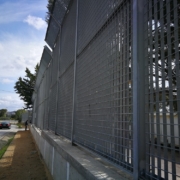 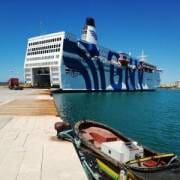 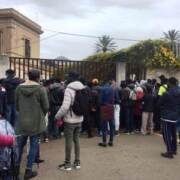 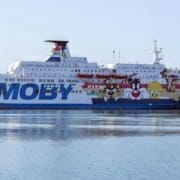 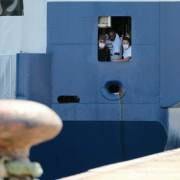 The Hotspot Approach and Quarantine Ships