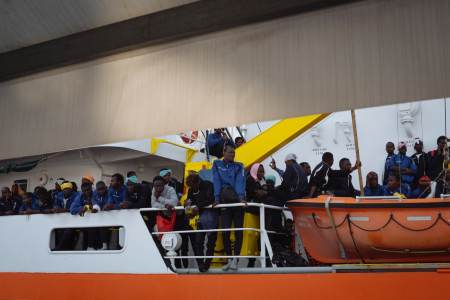 PALERMO, October 15, 2021 – More than 2,500 people have been arrested on charges of human trafficking in the last 10 years, even when they had done nothing more than guide a boat across the Mediterranean. Hundreds of them are still languishing in prison in Italy, as shown by the report published today by ARCI Porco Rosso and Alarm Phone.

This is the first time that official data on the detentions of so-called smugglers have been collected and analysed. In the last year, the Italian police arrested one migrant for every 100 people who arrived in Italy by sea: the charge is ‘aiding and abetting illegal immigration’, a crime that can cost up to 15 years in prison and millions of euros in fines. In some cases – i.e. following deaths during the dangerous Mediterranean crossing – sentences have reached 30 years or even life time imprisonment.

The report analyses about 1,000 cases of migrants arrested on charges of smuggling. The Consolidation Act on Immigration, in fact, stipulates that anyone who helps one or more people to enter Italian soil irregularly risks years in prison, even if the accused did nothing more than drive the boat, even if he or she is a migrant him- or herself.

Cheikh Sene, an activist from the ARCI ‘Porco Rosso’ club in Palermo who worked on the report, explains:

“I did two years in prison for driving a boat. I saved the lives of those people, we had no other choice. Now we want to fight for the freedom and human rights of other migrants who are unjustly imprisoned.”

“Migrants come to Europe because Europeans are in our countries, everyone should have the right to move where they want, we are all human beings”, continued Sene.

The associations interviewed about 100 people during the research – including dozens accused of trafficking, lawyers, judges, members of the Italian Coast Guard and prison workers.

The report points out that many migrants are found guilty even when the evidence used in court against them is extremely weak. Maria Giulia Fava, a legal worker who collaborated on the report, denounces:

“These are politically conditioned trials. In the hunt for the smuggler, the scapegoat to whom all responsibility can be put, procedural guarantees are lacking and the principles on which all criminal proceedings should be based are carelessly violated.”

Imprisoned migrants come from many different countries. The report estimates that 35% come from North Africa, 20% from West African countries and another 20% from Eastern Europe. These are people from Afghanistan, Bangladesh, Libya, Senegal, Syria and Ukraine, among many other countries.

The criminalisation of smugglers is part of a worrying trend in the Italian judiciary and politics, whereby NGO rescue vessels have been seized and crew members subjected to criminal investigations. Other European countries have also arrested and convicted smugglers. In Greece, a boatman was recently sentenced to 146 years in prison.

“The criminalisation of migration is a constitutive part of a violent border regime that we must abolish. Europe must recognise and take responsibility for its unjust and deadly migration policies, and the consequences they have on the lives of the people they affect.”

“Sending people to prison will not stop migration nor make it safer.”

See the report at: https://dalmarealcarcere.blog/

ARCI Porco Rosso is a cultural association that since 2016 gives soul to the Sportello Sans Papiers, in the historical centre of Palermo.

Alarm Phone is a transnational network of activists running a telephone line to support people in need in the Mediterranean Sea.

The Eviction of the Former Post Office in Catania 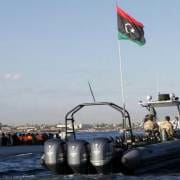 Industries of the Italian Ministry of Defence to arm Libyan soldiers against migrants. The funds come from the EU

Migrants, little water and no breaks during the transfers. A policeman: “If there is any problem, we’ll take care of it”

Do Not Lose Hope and the Strength to Always Be There