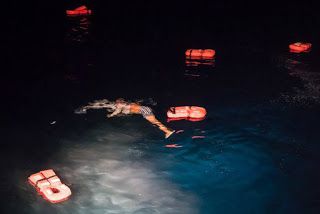 During the night to friday (21.10.2016) an aggressive attack of a self proclaimed Libyan Coast Guard vessel took place during one of our rescue operations in consequence, up to 30 refugees have drowned. A Speedboat of the Libyan naval forces had initially prevented a Sea-Watch rescue operation on duty of the MRCC in Rome in international waters, furthermore a situation of panic was caused by the interference in which nearly all approx. 150 people on the migrant boat fell into the water, many have drowned.

Read here the statement of Sea-Watch.

From Libya to the limbo of hotspots: the fate of asylum applicants in relocation procedures

Refugees at a Distance: New Victims Amid the Complete Silence of Fortress Europe

Saving lives is not a crime

Borderline Sicilia On Board the Sea Watch 3: The Intervention of the Libyan Coast Guard Brings Death and Refoulment

The Eviction of the Former Post Office in Catania