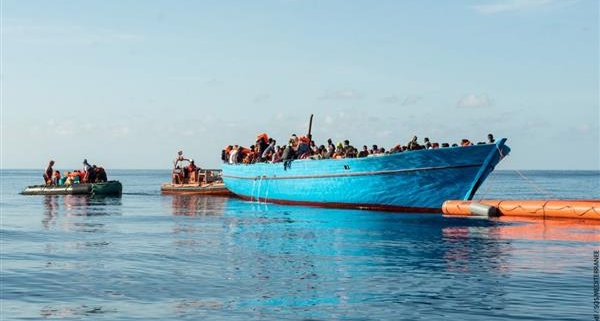 Vita.it – “First in the hospital and then in jail”, these are just some of the offences that appeared on Facebook in September 2014 following a news report about a group of Tunisians.

The association Borderline Sicilia had filed the complaint and today, without a regulation on digital behavior, the law has intervened with a historic sentence.

The Court of Ragusa puts a stop to the increasingly frequent incitements to racial hatred on social media and does so with a sentence against three people from Ragusa, including a former city councilor of Modica, accused of incitement to criminal behavior in accordance with Article 414 of the Criminal Code for their racist comments posted on Facebook following the news on an online newspaper concerning a dispute that took place in Modica in September 2014 between Italians and a group of immigrants, in that specific case Tunisians.

The association Borderline Sicilia, which has been dealing with the protection of the rights of immigrants for about 15 years, filed the complaint in October of the same year: “We are waiting to read the reasons for the sentence which in any case already represents a warning for those who use social networks, even for the ones holding an institutional role: it is an important signal towards the fight against all forms of discrimination and racism. Our experience shows that these facts must be reported because they constitute xenophobic crimes in a cultural context in which racist statements are even confused with the free expression of thought. And, unfortunately, since 2014, the situation has been getting worse and worse”, comments to Vita Judith Gleitze, president of Borderline Sicilia.

The offending sentences posted on Facebook and screened by the judges of Ragusa are not so different from those that we have been seeing for years on the Facebook walls of associations and information websites. “Why didn’t they send them first to the hospital for six months and then to jail?” or in Sicilian “Just call me whenever you want and we will do some cleaning”, “a good disinfestation is necessary”, and further “I will join the group cleaning, I love to clean and to punish” and then the same person turns to the Police: “Police Forces, before stopping them, make them sit in the wheelchair, so that they will decide themselves to stay in jail or even better at their home” and then again a long corollary of insults.

In the absence of a regulation, which is not exclusively entrusted to the social networks, a court had to intervene through the complaint of a civil society organisation, to focus on the meaning of digital citizenship and to punish those people who increasingly use the hate speech to retaliate against migrants.

Translated from Italian by Elena Baggetta

Incitement of Racist hate speech on the increase in Italy

Augusta: naked in the port

Libya: This Is What’s Happening In Migrant Detention Centres

A Young African Harassed and Followed in Via Etnea, Catania

The Mineo Business. The affairs of the concentration camp