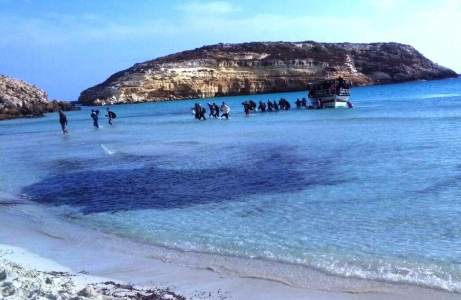 At the recent Paris talks, representatives from France, Italy, Germany, Spain and the EU confirmed their shared political line of cooperating with dictatorial states, of being the de facto ATM for blood thirsty regimes whose task is, and will increasingly be, to block people departing for Europe at all costs. It is important that nothing of what’s going on in Africa leaks into Europe, into public opinion. Minniti and the Italian government have already done the dirty work for this, gorging out indiscreet eyes by excluding the NGO ships from the Mediterranean, the unique and troublesome witnesses. 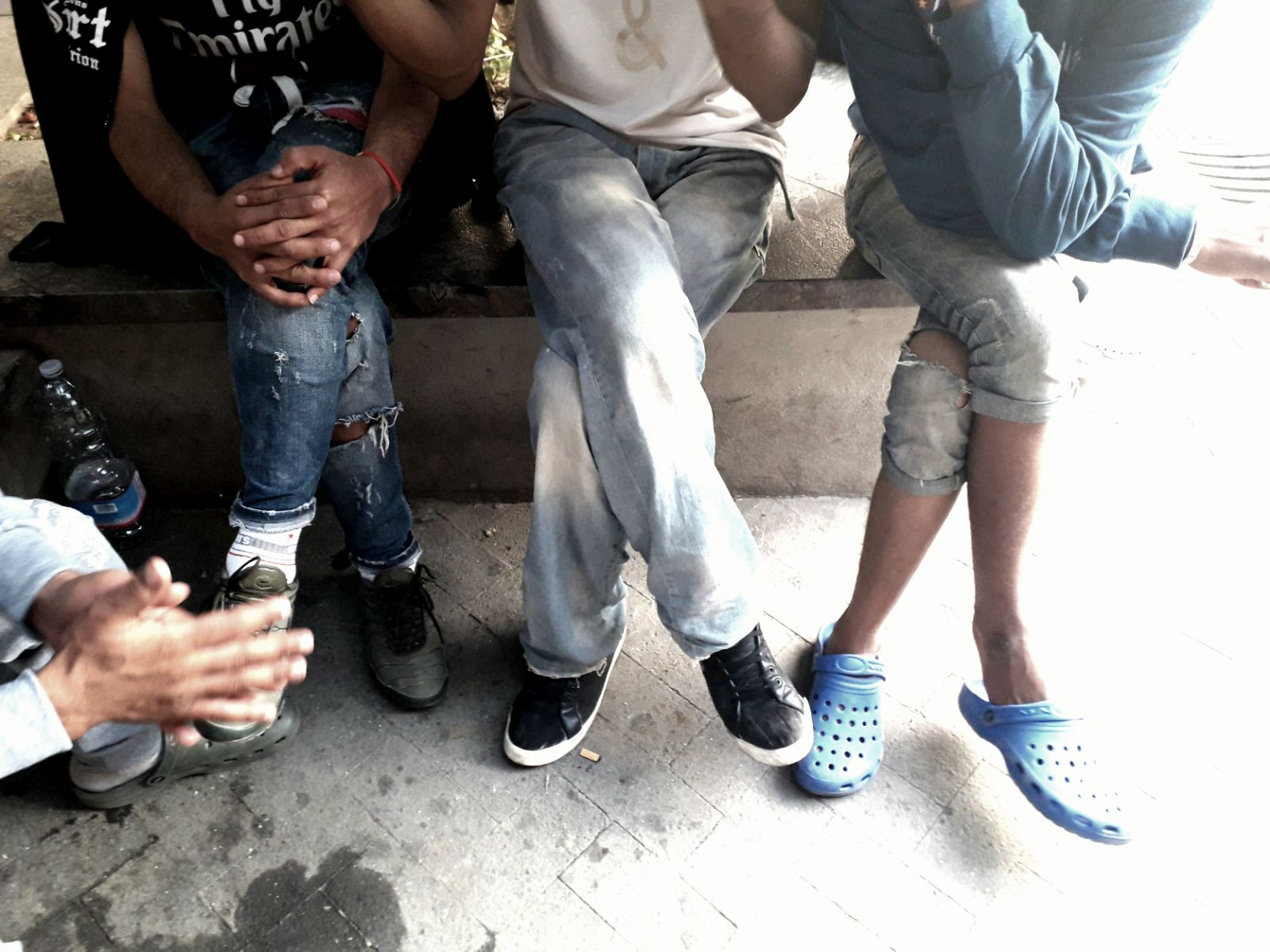 The other political goal is to reinforce deportations and to create concentration camps in Niger and Chad, as well as backing the management of Libyan immigration. Yet again Frontex is enjoying a period of economic and numerical growth, and is being granted ever greater power.

“More people will die. The migrants are telling us that the desert is a cemetery, far more so than the Mediterranean”. These are the words of Alberto Preato, representative of the International Migration Office, while representatives of the Red Crescent continue to report the corpses that they find decomposing in the desert. But no one is meant to know about this. That there are more deaths and less arrivals is meant to remain a hidden fact.

No one is meant to know that investments in identification and surveillance technologies are always growing, along with the multiplication of physical walls. Freedom of movement in Europe is simply no longer guaranteed, and any meaningful Europe has by now been lost. The only growing industry, despite the crisis, is the migration sector.

No one is meant to even know that over the last 10 days thousands of Tunisians arrived via the so-called “phantom landings”, along the coasts of Trapani and Agrigento, filling up the Hotspots which have taken on the function of detention centres (CPR*). 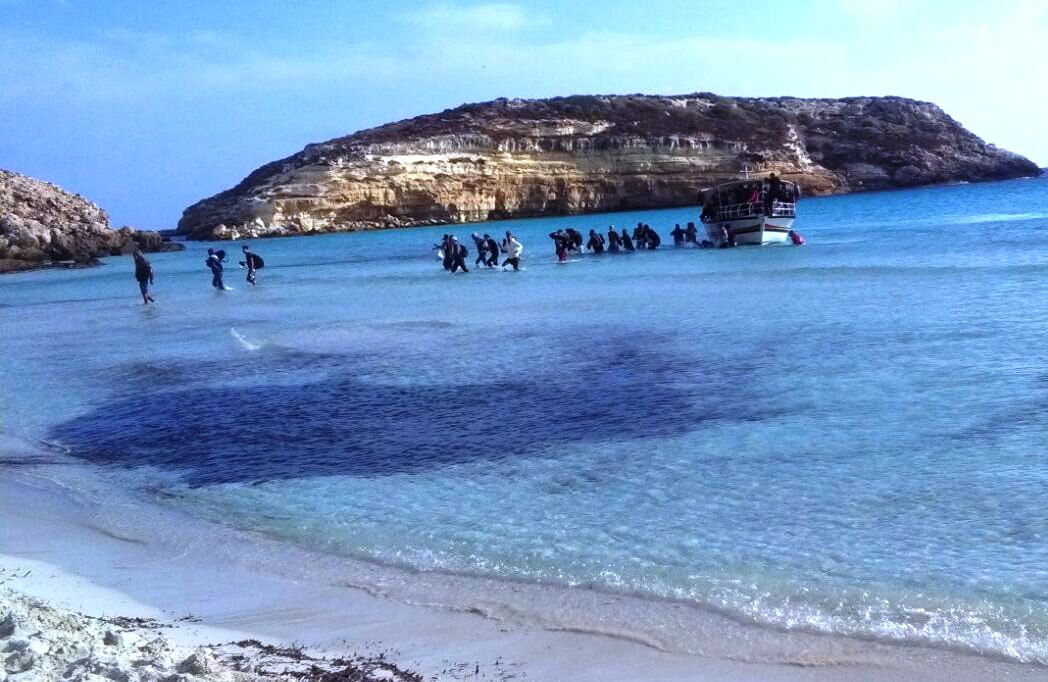 A “phantom landing” along the Trapani coast line

The most critical situation is obviously that on Lampedusa, with moments of tension due to the presence of so many Tunisians: the peak has been around 400 people, invoking memories of 2011. The hypocritical spectacle of October 3rd brought with it the emptying out of the island, given the presence of important people and TV cameras. Through military vessels and connecting planes, the residents of the Hotspot were “dumped” in Messina, Augusta, Comiso. The current destiny for these young people is the road ahead of them and a rejection notice in their hands. The only people who have supported, advised and helped them are the grass-roots associations that have met them at the train stations or on the streets of the cities. In the train stations themselves there have been tensions over the past few days because the Tunisians with rejection notices are meant to make their way to the Fiumicino airport in Rome, but without money or tickets. On at least two occasions they boarded the trains en masse without tickets, only for the police to arrive and force them to get off the trains, dispersing them across the area while they wait some alternative form of transport. Yet again, it is the people traffickers who win out. 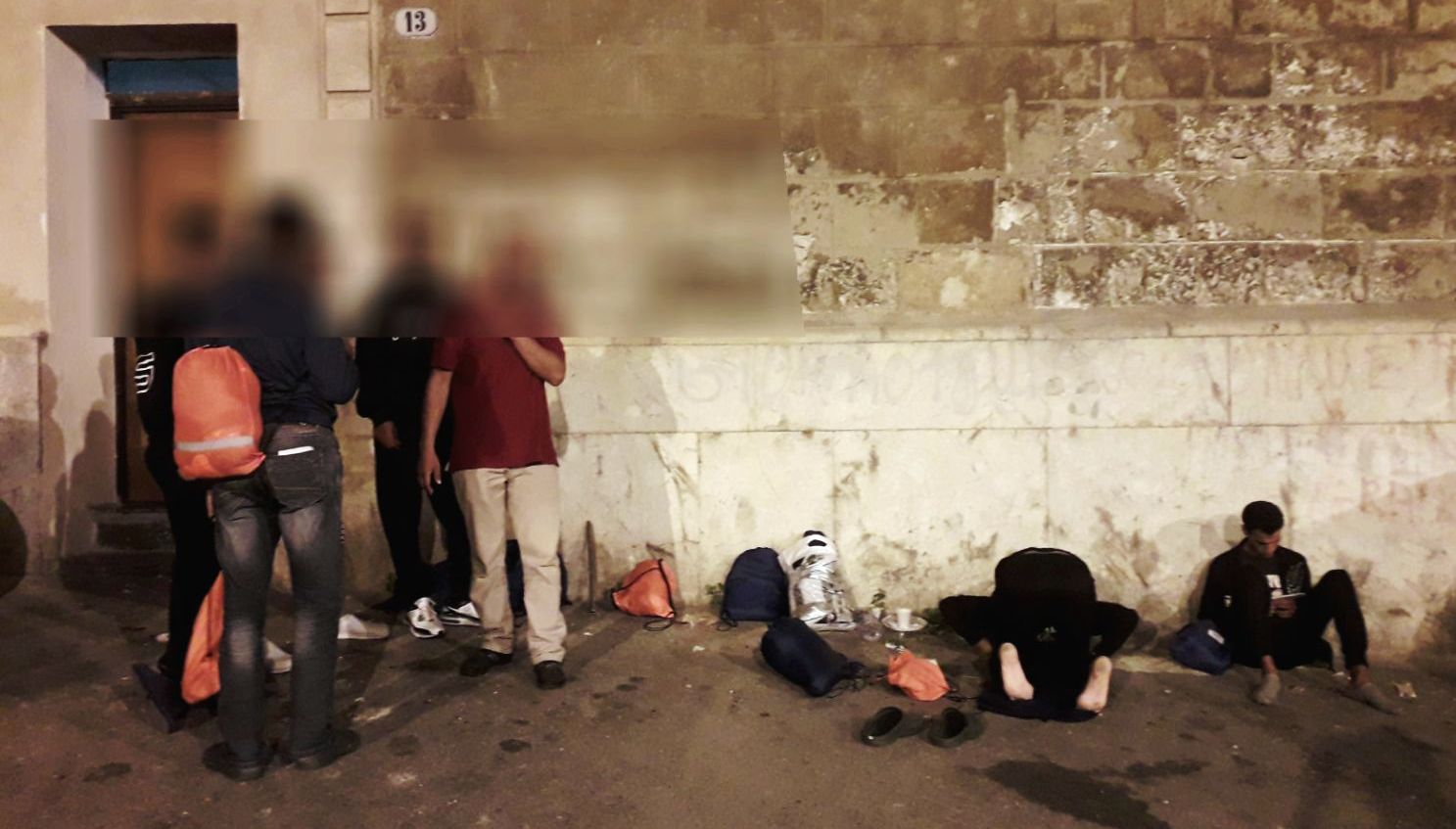 Furthermore, no one is meant to know that Minniti has has handed over a vast number of people to their tormentors, by signing deals with former Mafia gangs and traffickers (who now, instead, lead the militia controlling a city or two in Libya).

It is enough to simply listen to the words of those who are arriving on our coasts in order to understand the atrocities that they have to undergo in Libya and, more generally, along the whole of them migratory route; it is enough to simply be present at one of the landings and see the bodies scarred by violence and suffering. 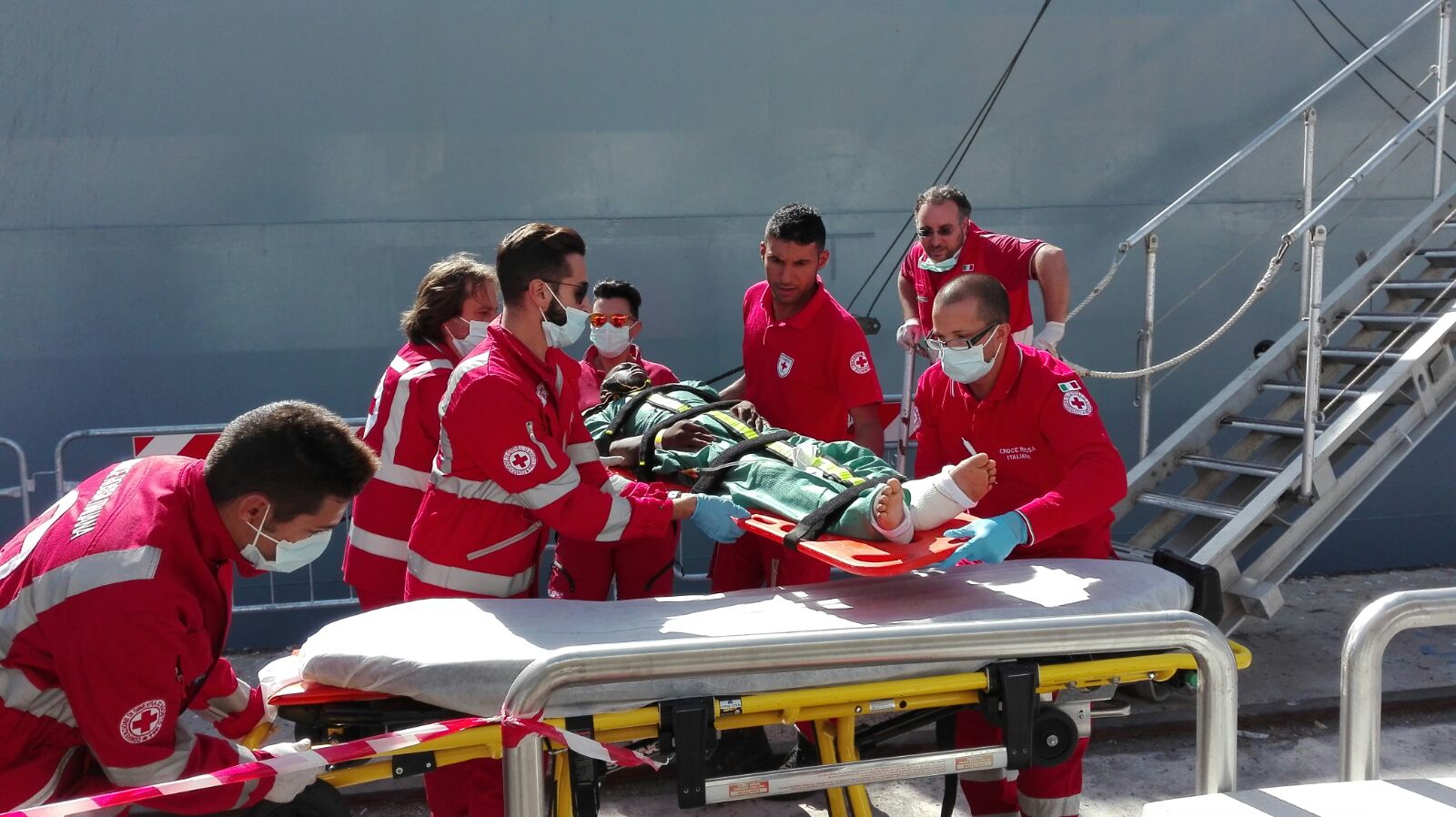 Landing at Palermo on September 18th

The most recent landing in Palermo was on 18 September, when 410 people arrived in the Sicilian capital. The landing showed in a clear way that the violence in Libya has reached unprecedented levels. The psychological and physical conditions of those arriving has worsened. It was difficult for them to walk, to stay on their feet, to find the energy to talk – and we emphasise again that the signs of torture are clearly marked on their bodies. 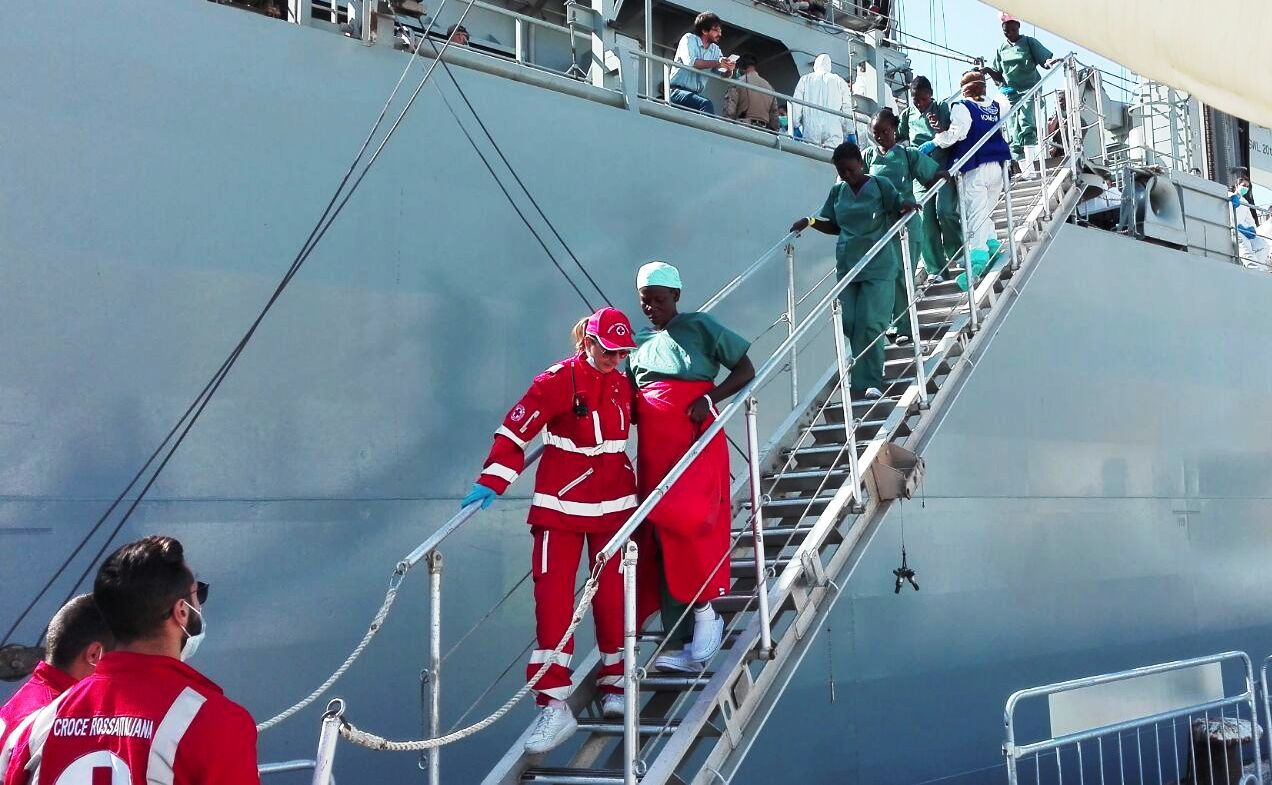 Death must be grateful to this Europe of assassins, where – on Wednesday, October 4th – three bodies arrived at the port of Catania, the latest victims of a continuing, endless massacre.

Perhaps we will read about these three state murders in some column, with two or three photographs which will be instantly canceled from our memory.

The only people who recount and describe what is happening are those who have seen the atrocity for themselves and survived it, but they are another category of people. They have no credibility because they are migrants, they are Blacks, Africans, terrorists, the poor. Better to silence them, creating a wall between them and us, because no one is meant to know, no one!

Interview with Damiano Sferlazzo, deputy mayor of Lampedusa and Linosa

Migrants are arriving at Lampedusa directly

Relatives of the missing Tunisians, ‘We can’t believe in any of the information which arrives. The only thing we can believe in is fate.’

Carabinieri find boat with 24 migrants aboard