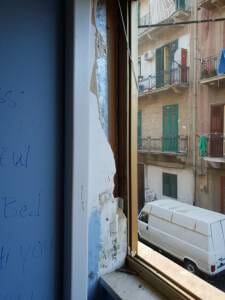 We are living in a permanent electoral campaign. The most recent elections saw even more false statements, in a climate already poisoned by a total deprivation of objective facts. The site Missing Migrants speaks very clearly: there has been a drastic fall in the number of landings but an equal number of migrant deaths as last year. These numbers do not include those who have died in Libya – including people who have been taken back there by the Libyan Coast Guard. Nor do they include all of those deaths at sea about which we never hear anything, inasmuch as – without the NGOs – there are no longer any witnesses to the Mediterranean telemetry. Perhaps the rhetorical jingle “help them at home”* might be less hard to hear if someone noted that the funds for international cooperation have been cut, and redirected into border externalisation, financing arms lobbies rather than development projects.

Incredibly, the bogeyman of the need to stop the landings is still being played on, “because they’re all coming here”, even when the only real fact is Italy’s impoverishment, with so many young people emigrating every year (the most recent report from IDOS states than 285,000 Italians have gone abroad).* There are thus many more departures than arrivals. Indeed, ignoring for a moment the nightmarish logic of “Italians First!”, the few arrivals have the merit of perhaps allowing some of our inland towns a new life, struck as they are by an ageing population and, furthermore, depopulation. Without forgetting of course that by following such policies, the UN has yet again declared that “Italy violates human rights and its international obligations”.

The Reception System Is Over

The reception system has been destroyed, with alarming examples across our local areas. An ever larger number of people are now homeless through notices of eviction from hostels, facilitated by instruments provided by the new Security decree. The lack of clarity relating to the new law is allowing managing bodies to do as they please. As such, many are going ahead with sacking qualified personnel and mediators, and in many centres there are by now only security guards and supervisors, people who all too easily raise tempers and, in reacting, many residents’ end up losing places in the hostels. The instability is also due to cancelled tenders, as has happened, for example, for the prefectures of Palermo and Agrigento, or through new tenders, as is the case in Trapani. The Prefecture of Agrigento blocked the previous tender when the new national rules for hostels came out last November, through which the Ministry has drastically cut the services. Thus centres are continuing with the old agreements that expired on December 31st, even though there has been no official extension (on the basis of the old conditions), while awaiting the new tender.

The managing bodies are now being asked to sign an extension based on the conditions of the new rules. This chaotic situation is creating insecurity and situations in which, after years in the hostels, people find themselves put into a new context with no reason. An example is the situation of the Nigerian women – victims of human trafficking – who after years at the emergency centre* ‘Coesi’ in Trapani, which has now been closed, are being “relegated” to the large initial reception centre* at Pian del Lago, in a situation as dramatic logistically as it is psychologically. Other people are being transferred from the large initial reception centre in Mineo to the emergency centres in Palermo, Trapani and Agrigento. These latter centres are on the one hand losing people through notices of eviction from the hostel system and, on the other, being newly filled up thanks to “fresh good”, as one of the workers in these centres describes them, as some of the residents have told us.

This isn’t to mention how much money is being spent on Tunisian citizens found to be irregularly present in Italy who – from all across the country – are often escorted to the detention centre* in Milo, Trapani. Senegalese and Pakistani citizens intercepted in raids, however – for example, in Agrigento – are taken to the detention centre in Caltanisetta if there’s space, otherwise they are let free in Italy with an expulsion order in hand, because neither Pakistan nor Senegal have signed readmission agreements. This is the best way of assisting this politics of hatred: the street, invisibility and exploitation.

Abuse Across The Board

Over the recent period we have received anonymous reports from some of the emergency centres (CAS) which we have forwarded to the relevant authorities for verification: mice and cockroaches in the kitchens, mould, bathrooms with hot water for only two hours per day, heating systems that don’t exist. There are Italians who are profiting from the instability of the young men living in these centres, using them as low-cost manual labourers in the countryside or for other kinds of work. And there are asylum seekers who are too scared to go to the authorities and often tell us about these situations as if they are happening to other people. Our perception is that they are trying to understand if they are indeed victims of exploitation or, rather, if they have made some mistake and this is simply what is expected of them by European civilisation. Many of those exploiting them even make themselves out to be benefactors: “the truth is, I give them some work and pay them, they should be grateful for what they have.”

The same attitude is taken by many police stations, where the patently racist officers feel encouraged by this new politics, allowing them to demonstrate their inadequacy in full force. Unjustified delays, only half-veiled threats in order to refuse hostel places to people with clear psychological problems, requests for documents that aren’t required for a given procedure simply in order to block it. These are just some of the illegal practices that are being flagged up on a daily basis.

Without doubt, the new politics has increased dishonest business dealings and provided new opportunities to those who always wanted to do business out of migrants. The emblematic case has always been the sale of fictitious residence documents and fake work contracts as we saw with the infamous “fraudulent” sanatorium. These are now reappearing, especially in cities like Caltanisetta and Syracuse where residency has a cost of c. €500 and work contracts c. €2,000–€3,000. But in the current period it seems we’re going beyond these situations that we’ve seen fo so long. Recently, through anonymous witness accounts (which we are in the process of verifying), we have heard that an unaccompanied foreign minor has a value of €100–€200 for the managers of some hostels for minors who are paying them to run away to their own structures, saying that they will be better off there, while telling them to “make problems” to be sent out of their current hostel, perhaps coming to find a “fake” relative elsewhere. More serious still is the shift from a hostel for minors that is closing down to one that is still working, through an auction in which the managers of the closing hostel “sell” the residents to nearby, collaborating hostels that pay between €300–€400 on average per minor.

This is the result of the new politics: violations of people’s rights, dodgy dealings, lies and the destruction of a reception system, with all the predictable insecurity and instability that this brings with it. Very well done.

The factory of irregular migrants, improperly called clandestine – Press release
Palermo, march in memory of the Mediterranean victims
Holocaust at Sea, Messina welcomes 683 refugees and 2 dead bodies. Many among them are minors
When it’s better being senior
We are stealing the hope – No welcoming in the area of Trapani.
The SPRAR (protection facilities for asylum seekers and refugees) of Aidone’s municipality
Crossing the ocean at age 12. Hundreds of minors have reached the Sicilian coast
Die Falschheit des staatlichen Asylsystems in Enna