“Sicily does not forget”.

The situation of migrants and refugees at Europe’s external borders.

Since 2011, Borderline Sicilia carries on an immigration monitoring project in Sicily, financed by the Protestant Church in Rhineland (Germany), which takes place in collaboration with the German association borderline-europe, human rights without borders.

Through this project, Borderline Sicilia has created an immigration observatory in Sicily which has made it possible to monitor over the years the arrivals by sea, the immigration detention and reception centers – governmental and non-governmental – as well as the practices implemented by institutional and private bodies within the immigration sector.

Borderline Sicilia has structured a capillary activity throughout the Sicilian territory, using a network which involves voluntary organizations of the involved provinces, as well as the collaboration of volunteers from all over the world.

The Report about the activities of advocacy awareness and monitoring lead by the Association in 2021 is now available on our website (in Italian and german language).

We have focused our attention on some old and new places, where “bad reception” and rights deprivation still prevail, by monitoring the hotspots of Lampedusa and Pozzallo, in the so-called “Covid Centers”, opened for the quarantine of the migrants, mostly families and minors, and in the CPR (Detention and Repatriation Center) of Pian del Lago (Caltanissetta), which is increasingly emerging as a strategic center for migration management.

We have collected information and warnings about the quarantine ships, reporting several times a system which not only does not guarantee the respect of fundamental human rights, but is also not effective and not capable of protecting and preventing the spread of Covid-19.

As every year, we went to Cassibile (Siracusa) and to Campobello di Mazara (Trapani) to monitor what happens to the people who work there during the harvest of potatoes and olives and we followed several stories of housing deprivation, labor exploitation and illegal hiring. In Campobello, we have been impotent witnesses of the death of a seasonal worker, one of many in recent years, who caught fire by trying to warm up with makeshift means.

In addition to the shipwreck monitoring in the Mediterranean to continue the work of active memory, we have also supported the families of the victims, activating a communication channel between Tunisia and Sicily.

The 2021 complaints are also about that economy that finances groups which do business with the bad reception, the raising of walls, the construction of stereotypes and with the race to defend European borders.

Translated from Italian by Elena Baggetta 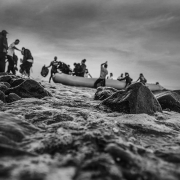 LET’S SUPPORT THE JOURNEY OF THE TUNISIAN WOMEN 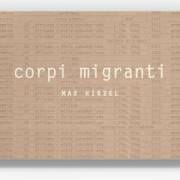 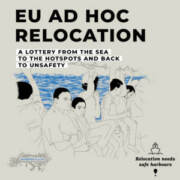 The ‚good‘ Sicilians – Report on Violence and Discrimination on the island

Press release: A Country’s Humanity Can Be Seen in the Smallest of Things. But Also the Big Ones.